The new agreements will allow aged care providers to sponsor carers with appropriate skills from overseas while expanding the scope of work by sponsored religious workers and introducing a new occupation that religious institutions will be able to sponsor to work in Australia. 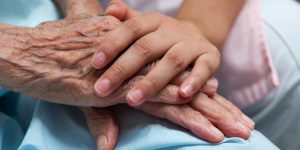 The Australian government has announced two new labour agreements that it claims will support the country’s multicultural communities.

The Minister for Immigration, Citizenship and Multicultural Affairs, David Coleman unveiled the labour agreements for the aged care sector and religious institutions on Thursday.

The new agreement for the aged care sector will allow aged care facilities to sponsor carers with the required skills to care for communities’ elderly, even though the occupation of the aged care workers is not in the list of eligible occupations.

“Aged care providers have identified a need for bilingual carers, as elderly people or those with dementia may revert to their native language or lose the ability to speak a second language,” Mr Coleman said in a statement.

“[The new arrangement] will greatly assist them in finding the right staff to deliver vital aged care services.”

Under the new arrangement, aged care providers will be able to sponsor overseas workers for a Temporary Skills Shortage visa or an Employer Nomination Scheme Visa, provided that the employers can demonstrate that they can’t find workers with the required skills in Australia.

He said the new measures were being put in place after many multicultural faith-based communities raised concerns about difficulties in sourcing workers for religious institutions.

The sponsoring employer must be a religious institution under the Migration Regulations and provide evidence of charitable status.

The new arrangement does not change the existing requirements of age and salary concessions. The arrangement comes in effect on 11 March 2019 and will continue to provide a pathway to permanent residency.