Australian citizenship approvals on the rise after hitting 15-year low

The government says the time taken to make a decision on applications after applicants attend the citizenship interview has also been halved.

The Minister for Immigration and Citizenship, David Coleman, said improvements such as encouraging online lodgements and increasing the efficiency of citizenship processing had contributed to the increased citizenship approvals.

“I have been working over the past 12 months to ensure citizenship applications are managed as efficiently as possible, while also maintaining the integrity of the program,” Mr Coleman said.

We have invested $9 million into our systems and staff, established a taskforce to focus on complex cases, and increased the number of citizenship appointments available for applicants to attend interviews and sit the citizenship test. – David Coleman

Mr Coleman said he was hopeful of seeing further improvements in the process over the next year.

However, there’s still a huge backlog of applications awaiting a decision.

As of July 31 this year, the Department of Home Affairs had over 198,000 citizenship applications awaiting processing which has come down from a historic high of 240,000 in July 2018. 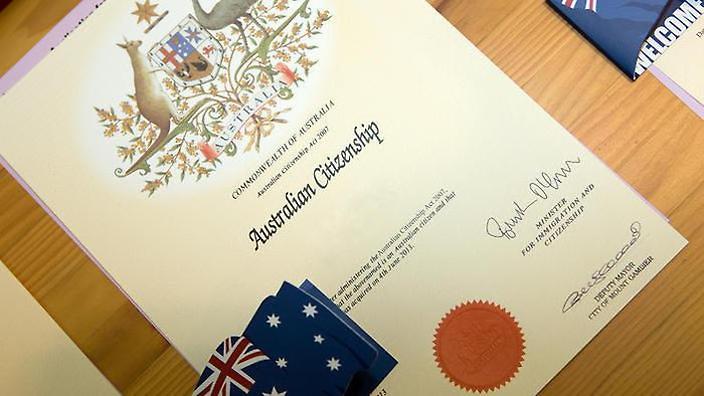 In February this year, the Australian National Audit Office said the applications for citizenship by conferral were not processed in a “resource-efficient” manner and that it was slow to implement new initiatives. The ANAO conducted an audit of the efficiency of processing citizenship applications after concerns over increasing waiting time for citizenship, particularly after the government’s failed bid to overhaul the citizenship law in 2017.

It said there were significant periods of “inactivity” between the time of lodging application and making a decision.

However, the overall number for the year is highest since 2013-14 when over 160,000 applications were approved.

According to the Department’s published global processing time, most of the citizenship applications are processed within 18 to 20 months and upon approval, another six months before citizenship ceremony – the final step to becoming an Australian citizen.