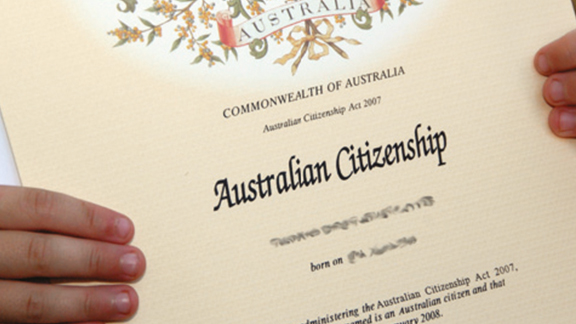 Waiting time for Australian citizenship has dropped, queues have decreased and there has been a significant increase in citizenship approvals in last one year, according to the latest figures by the Department of Home Affairs.

Melbourne-based Harshdeep Singh Gill, who is registered nurse by profession, lodged his citizenship by conferral application in September 2018. On Monday, he attended his Australian citizenship ceremony.

Mr Gill who was granted citizenship in less than ten months says he was able to move his citizenship test date which sped up his application process.

“My initial test date was September 2019 but I kept checking online and was able to move my test date to May 2019. I passed the test by 100 per cent,” he told

“I encourage people to go on the online portal and keeping checking rescheduling test date and that might work in getting an earlier test date.”

Approvals have increased by 88 per cent in a year

‘Between 1 July 2018 and 31 May 2019, more than 132,000 citizenship by conferral applications have been approved, up from 70,000 in the same period last year. This represents an increase of 88 per cent,’ Minister for Immigration, Citizenship, Migrant Services and Multicultural Affairs David Coleman said.

Minister Coleman attributed these outcomes to a range of reforms implemented by the Department of Home Affairs.

These measures include the establishment of task forces within the Department of Home Affairs to focus on complex citizenship cases, system enhancements to automate processes and a $9 million investment in the recruitment and training of extra staff to ensure applications are dealt with as efficiently as possible.

“As a result of these measures, the number of citizenship by conferral applications on-hand has decreased to about 222,800, down from almost 250,000 last year. This number is expected to continue to decline,” Mr Coleman said.

According to the Department of Home Affairs, the waiting time for citizenship by conferral has dropped from 20 months in April 2019 to 16 months in June 2019 for 75 per cent of applicants.

Despite the drop in the waiting time and an increase in the number of approvals, the long queue of people awaiting the outcome of their citizenship application is still well above 200,000.

According to the Department of Home Affairs, there were 221,695 applications in the queue as of May 31st.