Canada Election 2019: What to expect from the immigration system in the coming years

Home > Canada migration > Canada Election 2019: What to expect from the immigration system in the coming years

Rising immigration levels, free citizenship and a Municipal Nominee Program will be on the table 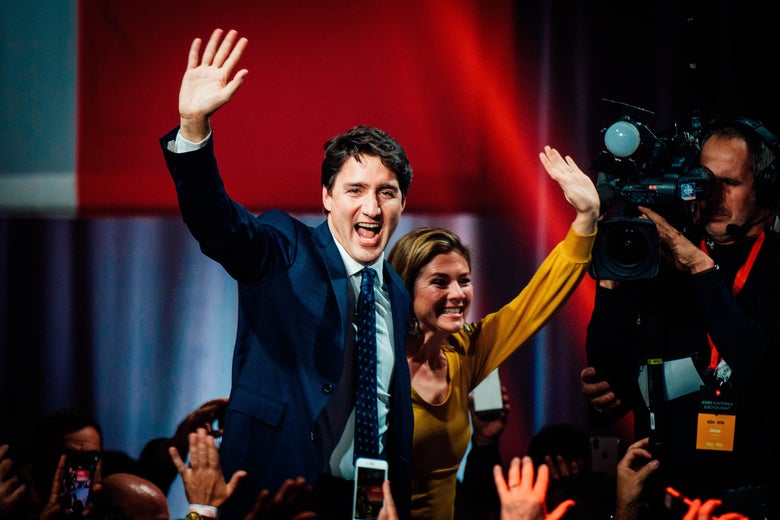 The Liberals’ minority victory in the October 21 federal election means Canada’s immigration system will likely remain stable as long as they are able to maintain the confidence of Parliament.

While the Liberals will need to rely on the support of at least one other party to pass legislation through Parliament, which will require negotiation and compromise, it is difficult to imagine that immigration policy will be subject to hard bargaining given the similar views the various parties within Parliament share on the topic.

Immigration levels are poised to rise even further under a Liberal minority government.

Under their current plan, the target will increase from 330,800 in 2019 to 350,000 by 2021, and their election platform suggested this pattern would continue if they attained a new mandate.

Given the incremental approach employed by the Liberals in recent years, we can expect immigration targets to increase by an additional 10,000 newcomers or so each year beyond 2021, which means that Canada could aim for approximately 370,000 immigrants by 2023.

Pilot Programs: All eyes on the Municipal Nominee Program

In their first term, the Liberals launched several economic class immigration pilot programs. The most notable among these was the Atlantic Immigration Pilot (AIP), which the Liberals pledged would become permanent if they earned another mandate.

All eyes will now turn the Municipal Nominee Program (MNP), which the Liberals pledged to help smaller cities across Canada attract more immigrants.

Few details about the MNP have emerged, but it is sure to garner national interest given the challenges that most cities across Canada face in attracting immigrants.

Other than New Brunswick, Saskatchewan, and Alberta (each of which has at least two main cities), Canada’s remaining seven provinces see at least 80 per cent of their newcomers go to their main city.

The MNP’s selection criteria are likely to be modelled after the AIP and Rural Northern Immigration Pilot (RNIP), which was also launched by the Liberals. This means the MNP will enable employers in municipalities designated by the federal government to support the immigration applications of newcomers who meet their labour needs.

One of the major questions surrounding the MNP is how the Liberals would distribute 2,750 principal applicant spots (the maximum number of immigrants that can be selected under a pilot program) across a country with 35 census metropolitan areas — cities with at least 100,000 people — and 117 census agglomerations, which have a population of 10,000 people or more.

The Liberals may decide to narrow the MNP’s eligibility by precluding the Atlantic provinces and all designated communities under the RNIP from using the MNP.

This would mean that only small and medium-sized cities in Ontario, Manitoba, Saskatchewan, Alberta, and British Columbia would be able to benefit from the MNP.

Citizenship: Expect a dip in applications, followed by a surge

Adults must currently pay $530 plus a “right of citizenship fee” of $100 to support their citizenship application.

The rational choice for those who are currently eligible to apply for citizenship will be to wait until the Liberals pass legislation implementing this change. Hence, we can expect a short-term dip in citizenship applications, followed by a surge.

The Liberals have earmarked $110 million for 2023-2024 to handle the expected increase in applications, which is a 40 per cent increase from what they expect to spend to implement this policy in the coming federal government fiscal year ($75 million).

This indicates they are expecting this policy will result in a roughly 40 per cent increase in new citizens by 2024.

Conservative and Liberal governments alike have overseen substantial increases to federal settlement funding over the past 20 years, with the Liberals continuing this policy during their first term in office.

The federal settlement envelope, which funds services aimed at fostering economic and social integration, currently stands at $1.5 billion and is slated for further increases as the Liberals continue to increase immigration levels.

Stability in the immigration system is a function of Canadian exceptionalism

While the Liberal’s return to power will maintain stability within the immigration system, a different result would likely have also resulted in Canada’s immigration policies remaining unaffected for the most part.

The 2019 campaign highlighted that Canada’s major parties share the same fundamental view on immigration — that welcoming newcomers is critical to the country’s economic development.

This is something all those who support immigration should celebrate, irrespective of their political affiliation since it highlights how unique Canada is among western democracies at a time of growing polarization around the world.

Of course, this exceptionalism is also due to political calculus: in 2019, it is pretty much impossible to succeed in a Canadian federal election without the support of immigrant voters.