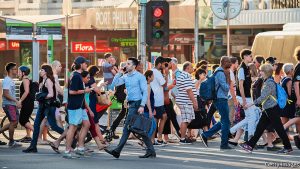 The recent passage of controversial immigration reforms in Quebec stand in stark contrast to news from Canada’s other provinces, which are slated to welcome an increasing number of newcomers over the next three years through the Provincial Nominee Program.

Known as the PNP, the program allows participating provinces and territories to nominate a specified number of foreign workers for Canadian permanent residence each year.

These increases contrast the news out of Quebec this week, where thousands of pending applications to the Quebec Skilled Worker Program were dismissed under new legislation passed by the province’s Coalition Avenir Québec government.

This development followed the province’s decision to reduce immigration levels to the province this year by 20 per cent.

PNP allocations up in Ontario and British Columbia

Nine Canadian provinces and two territories take part in the PNP, including Ontario and British Columbia, which had Canada’s highest job vacancy rate in the first three months of this year.

Both provinces will benefit this year from the two highest nomination allocations under the PNP, with Ontario’s set at 6,900 and B.C.’s set at 6,500.

Nearly half of all nominations issued in 2018 through the Ontario Immigrant Nominee Program (OINP) went to candidates with a profile in the federal Express Entry system, which is Canada’s principal source of foreign skilled workers.

Express Entry manages the pool of candidates for the Federal Skilled Worker Class, Federal Skilled Trades Class and Canadian Experience Class, as well as a portion of the PNP.

Express Entry candidates with a provincial nomination receive an additional 600 points toward their ranking score, effectively guaranteeing an invitation to apply for Canadian permanent residence from the Government of Canada.

The OINP has three immigration streams that are aligned with the Express Entry system — Human Capital Priorities, French-Speaking Skilled Worker and Skilled Trades.

These streams allow the OINP to search the Express Entry pool for eligible candidates who meet their eligibility criteria and invite them to apply for a provincial nomination for permanent residence by way of a Notification of Interest (NOI).

The Human Capital Priorities Stream has been the most active of the three, issuing 2,565 NOIs to Express Entry candidates so far this year.

Another 732 NOIs have been issued through the Skilled Trades Stream and 549 were through the French-Speaking Skilled Worker Stream.

In order to be considered for any of Ontario’s Express Entry streams, eligible candidates must first submit an Express Entry profile.

British Columbia nominated 3,100 candidates in the Express Entry system for Canadian permanent residence in 2018 through its provincial nominee program, the BC PNP.

The majority of these nominations  — 1,999 — were issued through the Express Entry BC (EEBC) Skilled Worker Category, which is open to skilled foreign workers with work experience and a job offer in an eligible high-demand occupation in the province.

The BC PNP has not provided a breakdown of invitations issued this year to Express Entry candidates through its weekly regular and Tech Pilot draws.

B.C. has also been issuing weekly invitations to immigration candidates outside the Express Entry system through a number of its Skills Immigration categories.

The Alberta Immigrant Nominee Program (AINP)’s Alberta Express Entry Stream has had an especially active 2019 so far, issuing 3,554 invitations to apply over the course of 15 draws.

Introduced in 2018, the Alberta Express Entry Stream lets the AINP search the Express Entry system for candidates who meet its specific eligibility requirements.

Express Entry candidates with ranking scores as low as 300 have been issued invitations through this stream this year.

This is significantly lower than the lowest score drawn through an Express Entry draw so far this year, which was 438.

PNPs in Saskatchewan and Manitoba have also been active this year.

To date, 898 invitations have been issued to Express Entry candidates and another 1,196 went to candidates in the Occupation In-Demand sub-category, which is not linked to the Express Entry system.

Both the Express Entry and Occupation In-Demand sub-categories require work experience in one of 19 occupations listed as in-demand in Saskatchewan, among other criteria.

In order to be considered for either sub-category, interested candidates must first register a separate Expression of Interest with the SINP.

An Expression of Interest details a candidate’s education, work experience, proficiency in English or French, among other factors, and awards them a score out of 100 points based on the information provided.

The highest-scoring candidates in both the Express Entry and Occupation In-Demand pools are invited to apply for a provincial nomination through regular draws.

The Manitoba Provincial Nominee Program (MPNP) also employs an Expression of Interest system for many of its streams, including its popular Skilled Worker in Manitoba and Skilled Worker Overseas streams.

On Canada’s Atlantic coast, PNPs in Nova Scotia and Prince Edward Island have also been busy this year.

Nova Scotia has used the stream to invite Express Entry candidates with work experience as financial auditors and accountants and early childhood educators and assistants.

Nova Scotia welcomed a record 5,970 new permanent residents in 2018, of whom 65 per cent arrived through streams administered by the NSNP and the Atlantic Immigration Pilot.

Prince Edward Island, or PEI, has held monthly draws this year through its provincial nominee program, the PEI PNP.

So far this year, a total of 565 invitations have been issued to both Express Entry candidates and through streams that are not aligned with the Express Entry system.