Compared to 1500 invitations issued in March, the Department of Home Affairs issued only 100 invitations for subclass 189 visa in the April invitation round. ‘The trend is likely to continue,’

There has been a drastic drop in the number of invites issued by the Department of Home Affairs to applicants hoping to apply for Australia’s permanent residency.

Compared to 1500 invitations issued in March, the Department of Home Affairs issued only 100 invitations for subclass 189 visa in the April invitation round. While ten applicants were invited for the Skilled Regional (Provisional) visa (subclass 489).

The numbers are lesser this year but of a similar magnitude. In the following months (May and June) last year, this trend continued, and we expect to see a similar trend this year as we reach the close of the year

The low number of invitation coupled with a cut-off at high points has left many applicants disappointed.

The invitations were cut-off at 80 points in April round. 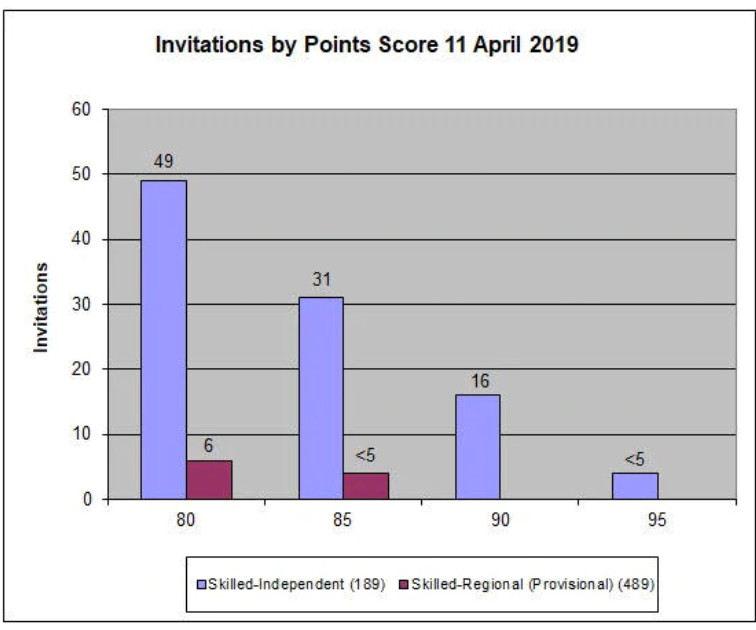 It’s a difficult time for many applicants who are hoping to get an invite soon but waiting would be the key over the next few months. The applicants can make the most of this time and should try to get as many additional points as possible by improving English scores or undertaking NAATI test

Some experts believe the cut-off at high points is unlikely to change resulting in a lesser number of invites in the new financial year.

It would have been back to normal in the new financial year but as 189 seats have been halved, the points may not go down

Approximately 22,700 applicants have been invited in this financial year so far for the 189 visa and looking at the April round we expect the same number and points invitation for the remaining 2 months – May and June in this year. As per the planning levels issued by the department for 2019-2020 financial year we are expecting about 18652 invites for 189 visa next financial year. If the department sticks to their planned number then they should issue 1500 invites a month from July 2019.

Contact us to know more and have a free consultation regarding your alternate options.