Education leaders have shared their frustration as universities on the Gold Coast miss out on the benefits of a new student policy for reasons they don’t understand.

The Federal Government is using M1 congestion and “other attributes” to justify why the Gold Coast will miss the benefits of a new student visa policy, education leaders claims.

Under proposed legislation before Parliament, the Gold Coast will not be classed a regional city and not eligible for any of 23,000 skilled regional visas targeting international students.

The Gold Coast has been lumped with Melbourne, Sydney and Brisbane as a non-regional city, in a decision which has left many in the sector confused and frustrated.

The visas and classification are part of a raft of new policies introduced to address “infrastructure challenges” in major cities and curb unexpected growth.

Larger cities like Canberra, Adelaide and Hobart are still classified as regional.

Study Gold Coast CEO Alfred Slogrove said legislation to pass in the Senate in the next month would potentially impact 29,000-plus people employed in the education sector on the Gold Coast, the city’s 34,000-plus international students and thousands of businesses that rely on visiting family or the student talent to grow firms.

Mr Slogrove, who has campaigned to change the proposal since March, said he had “very little” response from Minister for Immigration David Coleman on reasons behind the classification.

“It has really got a lot of people frustrated, we just want a clear and logical answer – an educated response to why we have been categorised in this way,” Mr Slogrove said.

“We have had discussions with his office, had written to him asking for an explanation of why, but have had very little back,” he said.

“When I did speak to some advisers we were told other attributes and congestion issues on the M1 were part of the reason,” he said, adding that was perplexing to him.

“International students don’t use the M1 was my response, it didn’t make sense. We are looking for an honest and transparent reason. 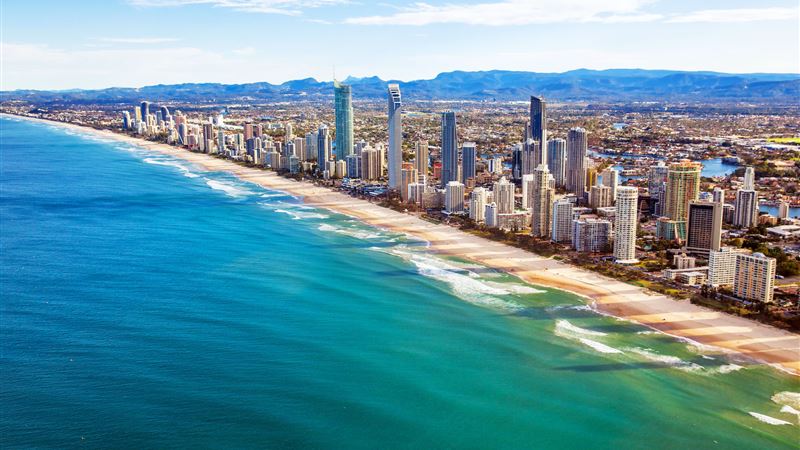 “Not just ‘Because you have tourism and beaches you can’t have post-study work rights’. Even Geelong is bigger and growing faster than us but they are seen as regional.”

Study Gold Coast, in a submission to Federal Government arguing against the classification, argued:

•Attracting international students is critical to the state and city economy;

• Population growth is within projected estimates;

• Adelaide and Canberra are capital cities, and both have a G8 university but are “regional”;

• Geelong experienced faster growth in 2018 and is closer to Melbourne than Gold Coast is to Brisbane but is included as regional;

Member for Fadden Stuart Robert said he had sought further information from Minister Coleman on the impact on the international student sector.

“I would like to see the Gold Coast continue to attract and retain international students. They contribute to our vibrant economy greatly,” Min Robert said.

Coast-based Minister Karen Andrews said she was also aware of the concerns:“I will continue to discuss options with Minister Coleman.”

Minister Coleman’s office did not respond.