A former senior immigration official has questioned aspects of the federal government’s regional migration push after Perth and the Gold Coast became eligible for the scheme. 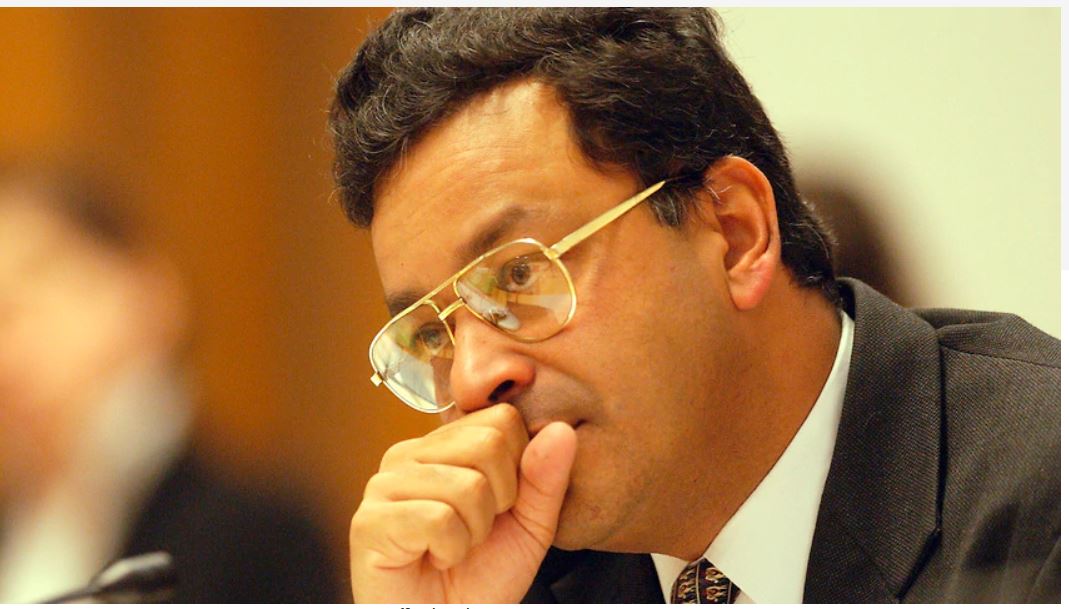 The federal government is in “full panic mode” over its central immigration policy aimed at encouraging more migrants into regional areas, according to a former senior immigration official.

From 1995 to 2007 Abul Rizvi was a deputy secretary of the Department of Immigration, where he oversaw the management of the permanent migration program.

He believes the federal government’s recent tinkering of its regional migration push reflects a “panic reaction” before the scheduled go-ahead of two new regional visa streams in November.

The Coalition announced last week it was adding Perth and the Gold Coast to the list of locations eligible for skilled regional migrant visas.

“You fall into this problem once you start making knee-jerk changes on the run and that’s what’s happening now and that is why I have described the government in full panic mode,” Mr Rizvi told.

“These changes are being made … less than a month before these visas start and they are making such fundamental changes – you’ve got to ask yourself have they thought this through.”

The federal government began a push to get more skilled migrants to the regions in March this year.

The government is adamant the policy has been “carefully designed” to support the settlement of skilled migrants into the regions and boost local economies.

“These settings are a key plank of our plan for managing Australia’s future population, and getting them right is our priority,” she said.

The new streams are seen as part of the attempt to encourage migrants to settle away from Sydney, Melbourne and Brisbane – where around 70 per cent of Australia’s entire population growth has occurred in recent years.

But Mr Rizvi said he is worried the provisional nature of the new visa streams will make them less attractive to prospective applicants.

“Being put on a provisional visa for three years I think significantly increases that risk that the individuals will be exploited by their employer,” he said.

“They will know that and that makes that visa very unattractive.”

Mr Coleman’s office said the new pathways would be “priority processed” and their ongoing implementation will be monitored.

“The exploitation of workers in Australian workplaces is illegal, and the Government has no tolerance for those who underpay workers,” the spokesperson said.

Perth and the Gold Coast

The decision to define Perth and the Gold Coast as regional cities leaves Sydney, Melbourne and Brisbane as the only cities classified as major centres. Adelaide, Canberra and Hobart also have regional status.

Mr Rizvi said having smaller country towns compete with the metropolitan areas over the migration program could have negative consequences.

“Where employers are in direct competition for skilled migrants with employers [from those cities] – then the employers in smaller country towns really are at an extraordinary disadvantage,” he said.

But Mr Coleman’s office said steps would be taken to “ensure employers are being supported by both the migration program and temporary skilled visa arrangements,” in locations outside of major regional centres.

The regional migration push also includes measures to allow international students who study and live in these locations to apply for more time on a post-work study visa.

“If the primary objective of designating Perth and Gold Coast as regional is to help their universities attract more students then we should be focusing on that,” Mr Rizvi said.

“And not using Perth and Gold Coast for regional in other visa categories.” 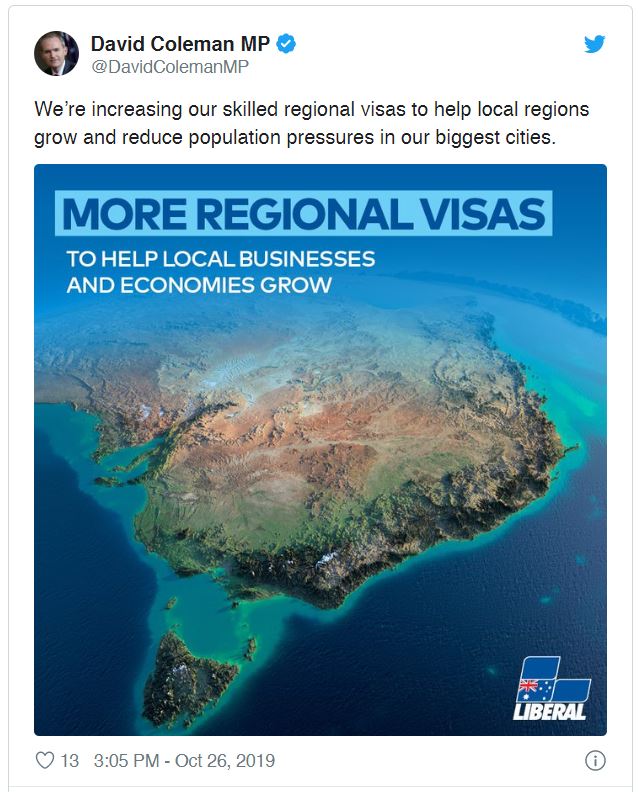 The Department of Home Affairs will fill the 25,000 skilled regional visa places through “existing pipelines and uptake of new provisional visas”.

But Mr Rizvi is concerned existing regional pathways will be used to mask a “lack of demand” for the new provisional ones and “dominate” the makeup of the government’s headline figure.

“What we will see is a significant lack of demand and then the government will need to ask itself what do we do now,” he said.

The new visa streams would have access to a larger pool of jobs compared to those living in major cities alongside their prioritisation, according to the Morrison government.

“The changes will mean migrants will stay in regional Australia longer-term, as they will build ties to a particular location through workforce participation and community involvement,” a spokesperson for Mr Coleman said.

Skilled migrants who move locations or change employers would also remain eligible for permanent residency if they keep living outside of Sydney, Melbourne and Brisbane.

Labor has accused the Morrison government of an “embarrassing backflip” for changing how Perth and the Gold Coast are classified.

Meanwhile, Mr Rizvi has questioned the adoption of what he called a “media announcement” approach to policy development.