Indian population in Australia increases 30 per cent in less than two years; now the third largest migrant group in Australia

After England and China, India ranks third on the list of residents born overseas according to the latest figures by the Australian Bureau of Statistics. 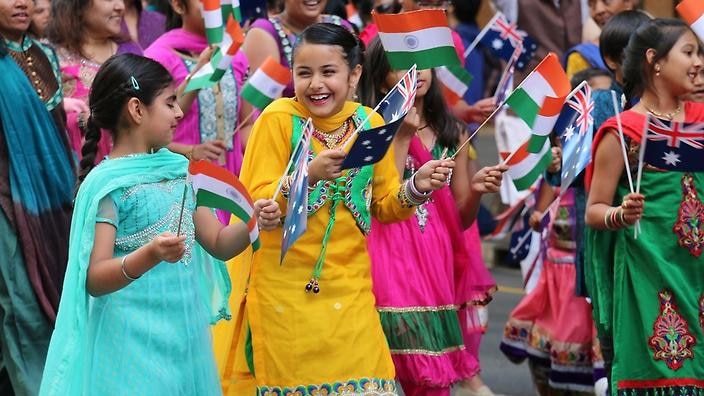 The Indian population in Australia has exponentially grown in the last two years according to the latest figures released by the Australian Bureau of Statistics (ABS).

India now accounts for 2.4% of the Australian population and the median age of an Indian migrant is revealed to be 34 years, same as those born in Australia.

India has been Australia’s biggest source of migrants since 2016.

Over 7 million migrants were living in Australia as of June 2018, with people born in England continuing to be the largest group of overseas-born residents.

“Australia’s multicultural society is made up of migrants born in every country around the world. Although almost 18 million Australians were born here, our society is continuing to become more culturally diverse over time”, Mr Scott said.

China ranked second on this list with 651000 people born in China residing in Australia today.

The 2016 Census revealed that along with population, Indian languages too had grown in Australia.

Hindi came out as the top Indian language spoken at home in Australia with 159,652 speakers, with Punjabi a close second at 132,496.

Hindi and Punjabi have made it to the top ten languages spoken in Australia.