Backpackers from 13 countries are being targeted by Immigration Minister David Coleman as he seeks to find workers wanted by regional businesses. 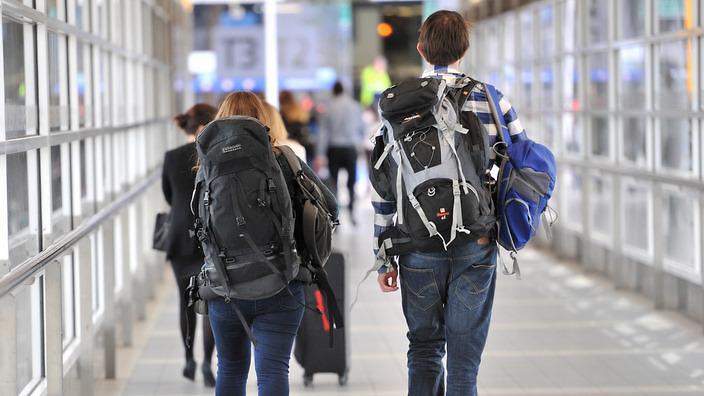 The move has won in-principle support from the National Farmers’ Federation, even if it is still demanding a fully fledged agricultural visa.

Australia is in discussions about expanding the work and holiday visa to people from India, Brazil, Mexico, the Philippines, Switzerland, Fiji, Solomon Islands, Croatia, Latvia, Lithuania, Andorra, Monaco and Mongolia.

Any places made available to backpackers from these nations would be in addition to the existing caps for other nations.

About 150,000 people were in Australia on a working holiday visa in March, but the program has actually shrunk over the past five years.

The plans are the latest attempt by the Government to tweak a major — and contentious — part of Australia’s migration program.

Only this month Greece and Ecuador were added to the program, places were increased for some countries, and the option to stay in Australia for a third year was made available to workers.

The Government has also released a series of video advertisements into international markets calling Australia “the best workplace in the world”.

Mr Coleman said the changes were designed to resolve labour shortages in regional areas, in particular on farms.

“We know that working holiday-makers travel further into regional areas than most other international visitors,” he said.

While countries in the uncapped 417 visa scheme are typical backpacker nations, such as Germany and Sweden, the 462 visa (known as “work and holiday”) scheme includes more developing countries.

Mr Coleman countered suggestions that the scheme was becoming a channel for low-skill migrant workers.

“Work and holiday applicants must meet minimum requirements before a visa can be granted, including having a functional level of English and they must hold or be studying towards tertiary qualifications.”

However, he maintained that both changes made so far and the mooted expansion was “far from a perfect solution”.

“While again we welcome these and the other changes which the Government made last year and earlier this year to working visa arrangements for farms, for example changes to the seasonal worker program and skilled migration, we are still waiting for it to follow through on its public statements that it is working towards an ag visa,” he said.

Prime Minister Scott Morrison last year said his Government had not ruled out an agricultural visa.

Shanthi Robertson, a senior research fellow at Western Sydney University, said two aspects — the extension of the scheme to a third year and the tweak to allow workers to stay at the same employer for 12 months, up from six months — were concerning.

“The fundamental issue is with tying a particular work situation to obtaining a visa and obtaining more time in Australia,” she said.

“That always opens things up to huge amount of exploitation.”

Joanna Howe, associate professor in law at the University of Adelaide, wrote a report on migrants within the horticulture sector earlier this year and found problems with the working holiday-maker scheme.

“It doesn’t have any of the sponsorship obligations or additional approval requirements that are there in dedicated labour market programs like the temporary skills shortage or seasonal worker program schemes,” she said.

“Plus the tie of further stay to the performance of work — there are real risks in expanding the scheme both in terms of exploitation … and industry, in terms of the sustainability of its labour supply.”