A new report found immigration has not harmed the earnings of local workers. 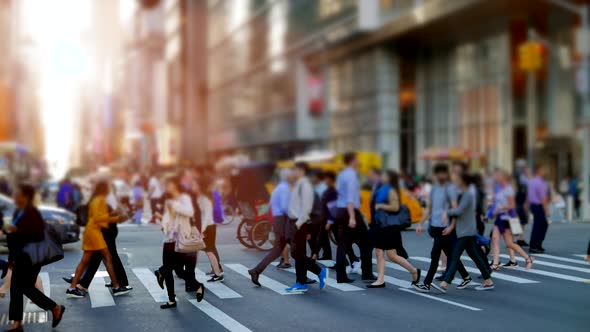 Temporary skilled migrants have not displaced Australian workers despite fears immigrants threaten the local job market, a new analysis by an independent economic organisation has revealed.

Research by the Committee for Economic Development of Australia (CEDA) has also shown immigration has not harmed the earnings of local workers.

The report, “Effects of temporary migration”, showed there are about two million people on temporary visas, including students, working holiday-makers, skilled workers and New Zealand citizens.

The research, released on Monday, showed 70 per cent of temporary skilled migrants reside in NSW and Victoria, which have the lowest rates of unemployment in Australia.

These workers are excluded from free or subsidised government services but contribute to tax revenues, “resulting in a net benefit to government budgets”.

“Despite repeated claims and assertions, the evidence suggests that the success of recent waves of migrants in the labour force does not come at the expense of Australian workers,” the report said.

The top three citizenships of visa holders were from the United Kingdom, India and the Philippines.

CEDA CEO Melinda Cilento said these workers had contributed positively to the labour force and were “critical” in delivering benefits to business.

“Concerns about the impacts of temporary skilled migration have been raised consistently, resulting in frequent changes to the scheme, including most recently the abolition of the 457 visa class (last year),” Ms Cilento said.

Unpredictable policies around this visa category undermined the ability of business to plan with certainty, she said.

“We need to make it easier for business to import the best global talent and expertise,” Ms Cilento said.

Temporary skilled migrants of working age account for less than one per cent of Australia’s labour force and tend to hold higher-paid jobs, with the average base salary about $95,000, according to the report.

The report called on the federal government to strengthen its identification of skills shortages and eligible occupations for skilled visas by being more transparent about the data and methods used to create its list.

Among a list of five recommendations, CEDA also called for the creation of an independent committee, like the Migration Advisory Committee in the UK, to undertake analysis and consult on the formation of skilled occupation lists.