More than 500,000 jobs went unfilled across Canada in first three months of 2019

80 per cent of all vacancies were for permanent positions, says Statistics Canada 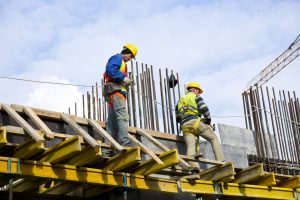 The number of job vacancies in Canada rose again in the first three months of 2019 compared to the same period in 2018, with increases reported in six provinces and the territory of Nunavut.

Job vacancies in the first quarter of 2019 hit 506,000, an increase of 44,000 over the same period in 2018, making it the tenth consecutive quarter to post a year-over-year increase in both the number of job vacancies and the job vacancy rate.

Statistics Canada said nearly 80 per cent of the openings were for permanent positions.

Employers across Canada are facing labour shortages linked to the country’s ageing population and the rising number of Canadians who are reaching retirement age.

A key component of the federal government’s response to this challenge is the decision to raise immigration levelsover the next three years, with a majority of newcomers expected through economic-class immigration programs.

Quebec saw the greatest year-over-year increase in job vacancies in Canada in the first three months of 2019, which rose by 21,400 or 23 per cent.

Statistics Canada said nearly half of this increase was spread across three sectors: health care and social assistance, manufacturing and accommodation and food services.

Two Quebec economic regions — La Mauricie and Laurentides — placed first and third in Canada in terms of recorded increases in job vacancies compared to the first quarter of 2018.

Ontario experienced the second-highest year-over-year increase at 12,400, with the greatest increases recorded in the health care and social assistance, retail trade, professional, scientific and technical services, and accommodation and food services sectors.

A year-over-year increase of 9,300 job vacancies was reported in British Columbia, led by growth in transportation and warehousing and professional, scientific and technical services.

British Columbia had a job vacancy rate of 4.4 per cent for the first quarter of 2019, which Statistics Canada said was the highest among Canada’s provinces and territories and made it the only province with a job vacancy rate above the national average of 3.1 per cent.

Statistics Canada said 79.9 per cent of job vacancies in the first quarter of 2019 were for permanent positions, similar to the amount recorded in the first three months of 2018.

A permanent job is described as one that is expected to last as long as the employee wants it. Statistics Canada said permanent employment “is often associated with higher wages, more benefits, and a higher possibility of unionization and training offered by the employer than temporary employment.”

Occupations with a relatively high proportion of vacancies included those in management and manufacturing and utilities.

Vacancies up in 7 of 10 industrial sectors

Job vacancies increased in seven of 10 industrial sectors compared to the first three months of 2018.

Statistics Canada said the growth was driven by increases in the health care and social assistance sector as well as professional, scientific and technical services.

In the health care and social services sector, vacancies were up by 9,900 from the first quarter of 2018 with the largest increases in nursing and residential care facilities.

Quebec and Ontario contributed the most to this increase, with “relatively large growth” experienced in Nova Scotia and Prince Edward Island, Statistics Canada said.

Job vacancies in the professional, scientific and technical sector grew by 9,100, or 28 per cent, compared to the first quarter of 2018, with increases seen in most provinces.

This sector also saw the fastest growth in payroll employment among the 10 industrial sectors.

“The average offered hourly wage for vacant positions in the sector increased by $1.20 (4.2 per cent) to $30.10, the highest offered wage among the 10 largest industrial sectors,” Statistics Canada reported.