Under new visa agreements signed between the Federal Government and the state governments of South Australia and Western Australia, businesses in designated regions will be able to sponsor overseas workers with relative ease. 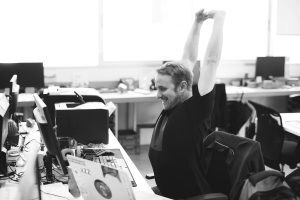 The Australian Government has announced three new special visa agreements that will enable designated regions to access foreign workers in over a hundred different skills.

The five-year agreements signed with South Australia are for regional South Australia, allowing businesses to sponsor up to 750 overseas workers annually in 114 different skills, and the Adelaide City Technology and Innovation Advancement Agreement with 300 workers in 60 different occupations.

Mr Coleman said these agreements will help address the skills needs in a range of industries including agriculture, forestry, hospitality, tourism, health and construction among others.

“Our first priority is always to fill jobs with Australians, but the immigration system can play an important role in helping to address regional skills gaps,” Mr Coleman said.

“These agreements with South Australia follow the success of the Northern Territory DAMA and reaffirms the Government’s commitment to supporting skill needs across Australia where Australian workers are not available to fill those jobs.”

The Commonwealth has also signed a DAMA with the Kalgoorlie-Boulder region in Western Australia that will allow businesses to access 500 foreign workers annually across 73 different skills including mining, engineering, construction, childcare and health.

In similar agreements with Northern Territory and Victoria in December last year, the Federal Government announced some significant concessions in skills, work experience and English language ability for foreign workers willing to work in particular regional areas and providing them a pathway to permanent residency that previously didn’t exist.