Should migrants on visas have the right to vote in Australia?

Home > CECA > Should migrants on visas have the right to vote in Australia?

While Australians head to the polls this May, millions of taxpaying adults in Australia cannot vote on the policies that may affect them the most. Is it time to give migrants on visas the vote in Australia, as countries such as New Zealand do? 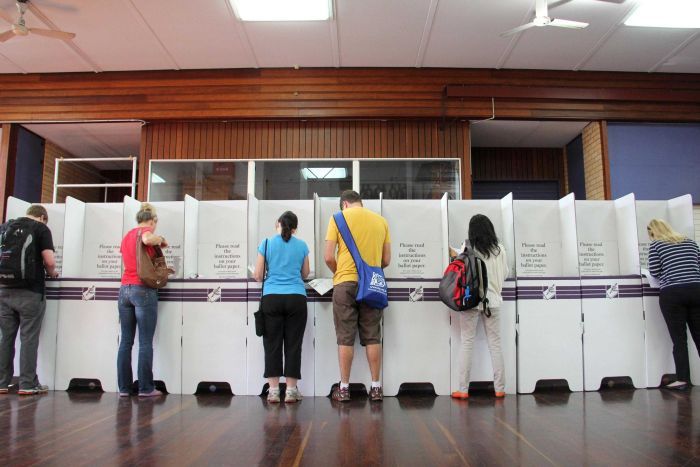 This year’s Australian federal election marks a record for voter enrolment, with over 96 per cent of eligible Australians on the electoral roll, meaning 16.4 million people will have their say on the future of the country.

But of Australia’s population of 25 million people, a huge swathe of adult taxpayers, of whom a considerable amount of policy being debated at the election will affect, are not eligible to vote.

Who are they? Mostly, they’re migrants living on a variety of working, permanent or temporary visas.

And how many are they? According to data collected by migration agent Emanuela Canini in Sydney, it is impossible to find out exactly how many people are actually on temporary visas in Australia, such as working holidaymakers, students, former-457 visa holders or New Zealand citizens.

“For a conference I held last year, I calculated that in 2016-17, 8.4 million temporary visas had been granted- of which I had calculated that 2.7 million were ‘long-term visas,” says Canini.

According to professor Joo-Cheong Tham, Director of the Electoral Regulation Research Network at Melbourne Law School, in 2016, non-tourist temporary visa holders numbered more than 1.5 million people, or more than 6 per cent of the Australian population.

Today the figure would likely be higher than that.

“Being non-citizens, they aren’t entitled to have a say in the country’s political processes,” says Tham.

In Australia political representation is deeply tied to citizenship, as seen in the Section 44-related dismissals of dual citizen MPs in the Federal Parliament. The ability to vote is only granted to a ‘lawful’ citizen in Australia, so temporary migrants and permanent residents are excluded from State and Federal ballots (though can vote in some Council elections).

According to Professor Tham, the data constitutes a “significant democratic deficit in Australia”.

“Some people might think that giving the vote to these residents is a ludicrous idea,” says Tham. “They are not, by definition, Australian citizens, and some would say that, being non-citizens, they aren’t entitled to have a say in the country’s political processes.”

Cheryl Saunders is an expert in comparative constitutional law from Melbourne University, and tells SBS Italian that “in global terms, electoral democracy in Australia is very healthy, compared with countries elsewhere, as a consequence of compulsory voting.”

“The trend is allowing citizens presently in other countries to vote in their national elections, rather than enfranchising resident non-citizens. Maybe this will change over time, but not soon, I suspect.”

Australia journalist Peter Mares examined this issue in a book called Not quite Australian, where he studied the cases of international students or student graduates on post-study work visas, or temporary skilled workers on the old 457 visas, or again people on bridging visas.

“Permanent residents of New Zealand have the right to vote in elections after one year of ongoing residence, a rule that has been in place since 1975,” Mares told.

“Representative democracy is based on all members of society having a say in the political affairs of the nation. The question is when you become a full member of the political community.”

Mares says there is a relatively urgent need to create a better system for migrants living in Australia, especially as the number of non-citizens living and paying taxes in the country continues to grow. He advocates for a more stable and clear path towards citizenship to be effectively established for people who may have dedicated years of their lives to Australia, but never see the right to vote.

Professor Saunders also points out that most countries confine voting to citizens, at least at the level of national elections. “It is not considered to disqualify them as democracies,” she says.

But not all countries confine their voting rights solely to citizens.

“New Zealand grants the vote to permanent residents, not just citizens. Temporary residents have the right to vote in some local government jurisdictions in Australia,” said Mares.

“Permanent residents of New Zealand have the right to vote in elections after one year of ongoing residence, a rule that has been in place since 1975.” adds professor Tham, citing an influential British political philosopher to reinforce his point.

“As John Stuart Mill wrote in Considerations on Representative Government: ‘It is an essential part of democracy that minorities should be adequately represented… No real democracy, nothing but a false show of democracy, is possible without it.’”

And it is interesting during times of national debate to look to history for answers.

“No taxation without representation” was the catchcry of the miners fighting for electoral rights at the Eureka Rebellion in Ballarat in 1854.

Those words too were inspired by the The Magna Carta, the same document at the heart of Australian parliamentary democracy.