India is Tourism Australia’s strongest growth market according to the latest figures revealed by the government. 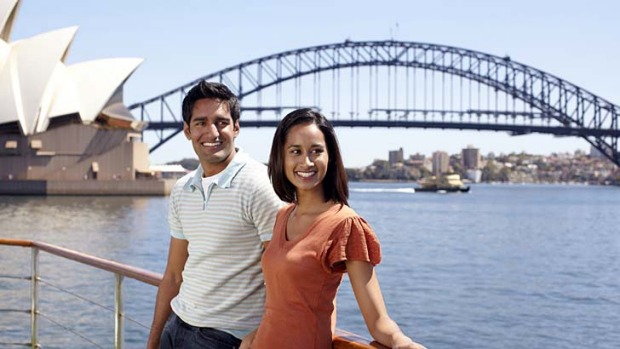 Australia has registered significant growth in the number of Indian tourists coming down under and the reason behind this trend is the growing Indian diaspora in the country.

A large number of Indian visitors are coming to Australia to meet friends and relatives and are thus spending more time and money in Australia.

The latest figures released by Austrade’s International Visitor Survey state visitors from India jumped 15 per cent to 343,000 and the spending was up 12 per cent to $1.7 billion.

The survey also reveals the Indian tourists are spending way more time on their holiday in Australia compared to tourists from other countries.

This is mostly because the Indian tourists (57%) are typically here for visiting friends and relatives.

Compared to the overall average of 32 nights, the Indian tourists spent 61 nights on an average in Australia.

The Indian population in Australia has exponentially grown in the last five years.

India has been Australia’s biggest source of migrants since 2016 and more than 70,000 international students are studying in Australian universities. 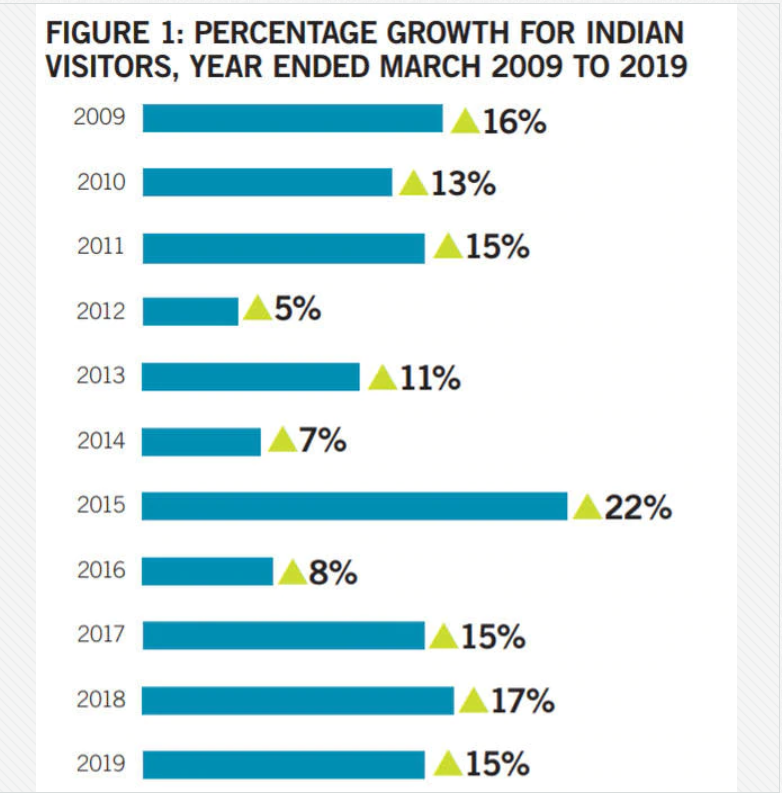 Mumbai-based Shah Family visited Australia for a month in December 2018 and travelled to Victoria, Tasmania and New South Wales.

“My brother and my close friends have migrated to Australia. They live in Sydney and in Melbourne. We went to Tasmania for a holiday with friends and I got to see my new-born nephew in Melbourne,” says Anuja Shah who visited Australia for a month-long Christmas period holiday.

“We went to the Twelve Apostles and Great Ocean Road, saw the Boxing Day test, travelled on the Spirit of Tasmania, met Koalas and Kangaroos and witnessed the gorgeous New Year’s Eve fireworks at the Harbour Bridge,” she says.

“It was a great holiday. I would definitely love to visit again. Next time I want to go to Gold Coast and the Great Barrier Reef,” she says.

A Melbourne-based travel agency who regularly runs local day-tours to cater to the Indian tourists says most of their clients are members of the Indian community who book or inquire for their visiting friends and family.

“We regularly receive bookings from people who want to book a trip to the Great Ocean Road for their parents and friends who are visiting from India. Our staff is multi-lingual and can easily converse with parents who are more comfortable talking in Hindi and we also offer chai (tea) on our tour which many prefer over coffee,” the agency said.