US employers, Indian employees—everybody wants a piece of Canada

The Canadian dream is quickly replacing the American one. 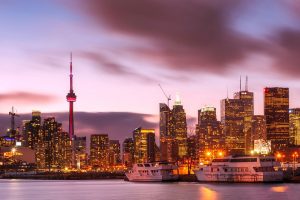 More than six in 10 American employers consider Canada’s immigration policy to be more favourable than that of the US, and plan to expand their business there, Chicago-based Envoy Global said in the fourth edition of its global immigration trends report released this month. Over 400 HR professionals were surveyed from Nov. 27 to Dec. 17, 2018.

“Canada has been using friendly immigration policies as one of its key tools to aggressively attract tech companies,” the report said. Recently, it announced a plan to bring 350,000 foreign nationals into the country annually between now and 2021, amounting to approximately 1% of its total population by then.

To increase their presence in India, companies are not only sending their existing employees but also hiring talent there.

The emerging hub has already beat rival cities in the US in job creation in the a specific sector: technology. “In 2017, Toronto created more tech jobs than the Bay Area, Seattle, and Washington DC combined,” the report noted, referring to Canada’s largest city creating nearly 30,000 tech jobs during the year. “Meanwhile, Ottawa is home to over 1,700 tech companies.”

Over 30% of StackRaft’s 100,000 coders are Indian immigrants in the US or Indians returning from the US, and 50% is talent from India from globally recognized companies and institutes looking for a career abroad. This pool is also choosing Canada over America now, she said. For students and early-career professionals, the country is a hotbed for cutting-edge technologies. The government is sponsoring AI research in a big way, partnering with private companies and universities. Tech giants Google, Microsoft and Samsung have also set up shop in the Great White North.

Meanwhile, the US immigration system today is terribly stacked against immigrants.

The noose has been tightening around the H-1B programme with criteria getting more stringent and paperwork piling up as the government keeps seeking additional information. The H-4 employment authorisation document (EAD), which allows spouses of H-1B workers awaiting green cards to work, is also on its last breath.

There is an outsize impact on Indian immigrants, who receive three-quarters of H-1B visas and 80% of H-4 EADs. In 2017, Indians filed 2.2 million of the total 3.4 million H-1B petitions, according to US Citizenship and Immigration Services (USCIS).