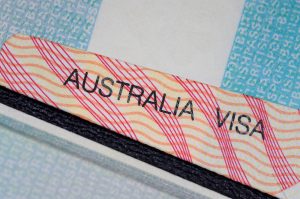 The current list, released in July last year is under review now. The department has released a draft Victorian visa nomination occupation list and invites ideas and inputs from interested parties.

Early Childhood Teacher is not there. Occupations like Secondary School Teacher, Midwife, Nurse Practitioner, Airconditioning and Mechanical Services Plumber are also very popular among visa hopefuls. The draft list does not have these occupations

However, new additions in the list might bring some good news for the visa hopefuls. There is no dearth of talents in occupations like Sales and Marketing Manager, Advertising Manager, Finance Manager, Cafe or Restaurant Manager, Public Relations Professional and Mechanical Engineer

Melbourne based Rohit Mohan of Lakshya Migration says the draft list is a mixed bag of winners and losers.

He says, “Akin to every new state nomination list, Victorian state nomination seems to be a mixed bag of winners and losers. The biggest winners are Accountants as students pursuing accounting were left in the lurch as the points required for invite increased to as high as 85. It is a big relief for Cooks and Chefs as they continue to be on the list. Also, Cafe & Restaurant Manager and Sales and Marketing Manager have been included as the new occupations.”

Motor Mechanics, as usual, have been left high and dry with a big blow to their hopes of being included. Further, some categories of health professionals including some nursing streams have been removed from the existing list. However, it’s not all doom and gloom for occupations not included as the list is not yet finalised and we could see some surprise entries after feedback from stakeholders has been considered

Consultations regarding amendments are still open and people can provide feedback.

The final list is expected to be published in mid-2019.